Patrick O’Connor is the Coroner for the district of Mayo.

William O’Connor is the Deputy Coroner. 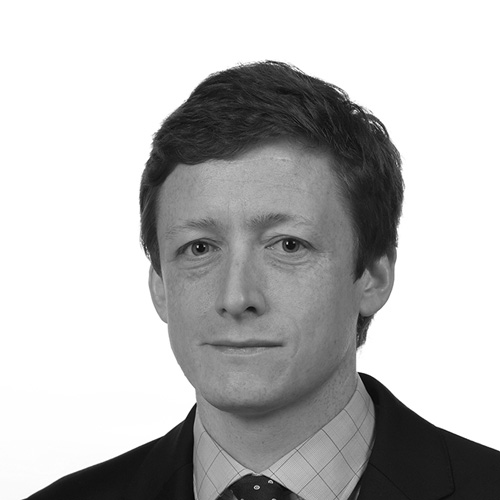 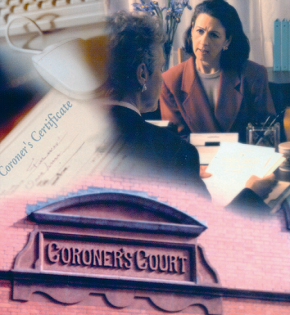 There are thirty three Coroners located in thirty nine districts throughout Ireland who have been appointed to enquire into the circumstances of a sudden, unexplained, violent or unnatural death so that a death certificate can be issued.

The Coronial Service in Ireland is paid for by the Local Authorities. The Coroners’ districts are usually organised inside County boundaries. In County Mayo there are two Coroners, one for the district of Mayo and the other for the district of North Mayo.

1. Who are Coroners and what do they do?

1.1 The Coroner Service is a network of Coroners located throughout the country. Coroners are either qualified doctors or lawyers. Their job is to look into the circumstances of a sudden, unexplained, violent or unnatural death so that a death certificate can be issued. This may require a post mortem examination, sometimes followed by an inquest.

1.2 Coroners are organised by district, usually according to the local authority. The Coroner Service, is funded by local authorities. Names, addresses and telephone numbers of Coroners can be obtained from your local authority or at www.justice.ie or www.coroners.ie

1.3 Coroners provide an important public service to the living and in particular to the next-of-kin and other people affected by the death. Coroners not only help provide closure for those bereaved suddenly but also perform a wider public service by identifying matters of public interest that can have life/death consequences.

1.4 Coroners appreciate that the pro cedures involved in their inquiries, though necessary, may involve upset for the next-of-kin and friends. Coroners will carry out their work as sensitively as possible.

2. Why does the Coroner becomer involved?

2.2 If you are not sure whether a death should be reported, you should contact your local Coroner or their staff and they will be able to advise you. If a death is reported to the Coroner, it does not mean that a post mortem will always be required.

3. Who helps the Coroner?

3.1 The Gardaí need to collect information for the Coroner. The fact that relatives may be met at a hospital by a uniformed Garda or the Gardaí may call to their home to take a statement does not mean that the death is regarded as suspicious, The Gardaí are usually assisting the Coroner in establishing the identity of the person who has died, and where, how and when their death occurred

3.2 If the Coroner decides an inquest is required, the Gardaí (acting on behalf of the Coroner) will also usually inform you of the date, time and place of the inquest as soon as possible.

4. What usually happens in the first 24 hours of the service?

5. Stages in the Service provided by Coroners

The following is a summary of what the Coroner’s work includes:

Identifying the body of the deceased person can be distressing for next-of-kin or friends. If appropriate, arrangements can be made for someone else to do this for you.

A post mortem is a special medical examination of the body carried out by a specially trained doctor, a pathologist. Occasionally, organs may need to be retained for further examination. In such cases, the next-of-kin will be informed as soon as possible that this has happened and the organ will be returned for burial or cremation, by arrangement, once the examination has been concluded. In carrying out this examination, there is no disfigurement of the body (or further disfigurement of the body), which may be viewed afterwards, in the same manner, as if no post mortem had been performed.
The report of the post mortem will be available to you on request, when the Coroner has completed their inquiries, for a fee set by law.

Coroners make every effort to release the body of the deceased for burial without any undue delay. Funeral arrangements should not be made till you have been told the date and time of the release of the body.

A death certificate can only be issued by the Registrar of Deaths when the Coroner has issued a Coroner’s Certificate. The Coroner may issue this after the post mortem report is received or after an inquest is held. While the Coroner is conducting their enquiries, on request they will issue you with an Interim Death Certificate which is acceptable to the Department of Social and Family Affairs for bereavement entitlements and other benefits claims.

Most deaths reported to Coroners do not require an inquest. An inquest is an inquiry held in public by a Coroner. If the Coroner considers the cause of death may be due to unnatural causes, they can hold an inquest, sometimes with a jury. Evidence is taken from witnesses who can assist in answering questions for the Coroner’s enquiry. namely:

The identity of the deceased:
Where, when and how death occurred.
At the conclusion of the inquest, the Coroner will read out a formal verdict in which the answer to each of these questions is recorded. While the Coroner or jury may make a general recommendation designed to prevent similar deaths, they do not decide whose fault it was or whether there was a criminal offence.

You can access more detailed information on the Coroner Service at www.justice.com www.coroners.ie

7.1 In relation to the overall service provided. you can make enquiries to the relevant Coroner’s office. Names. addresses and telephone numbers for Coroners can be obtained from your local authority or can be found on the Department of Justice, Equality and Law Reform’s website www.justice.ie or at www.coroners.ie

7.2 You can also make enquiries to the address below:

Patrick has over 40 years of legal experience. He has achieved significant results for clients. He is a well recognised and authoritative arbitrator, negotiator and mediator. In 1998, he was president of the Law Society of Ireland. He is currently a board member of the Irish Sports Council and was, until 2014, the vice-chairman of the Press Council of Ireland. Patrick serves on a number of philanthropic, sporting and commercial bodies. He is the Coroner for Mayo East since 1989.

William is the deputy Coroner for the District of Mayo.

He was admitted to the Roll of Solicitors in 2010. He obtained a Diploma in Arbitration from the Smurfit Business School in UCD.
He completed an internship in the office of the Director of Public Prosecutions and has worked in the Australian legal system. He practices in the areas of Litigation, Capacity and Administration of Estates. William completed a Diploma in In House Practice in 2014 and acts for both private and commercial clients.